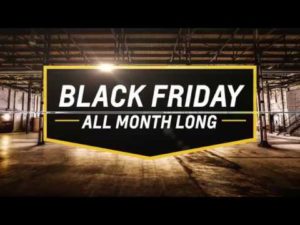 Alfa Romeo – October deals have been approved upon and rebates have gotten LARGER!!! The deals are still even stronger if you currently own or lease an Audi, Mercedes or BMW! The deals are at their strongest if you Also have a lease or own a Jeep, Chrysler, Dodge or Ram in addition to the above!!

Acura – Hard to believe but the 2020 TLX, RDX and MDX’s are even better than they were last month! The pull ahead program is still in effect excluding the RDX.

Audi – The Season of Audi Even has started – They have money coming from everywhere! Lease Cash, Dealer Allowance, Loyalty Cash, Marketing Allowance, Incremental Bonus, Stair Step Bonus and more. Now is the time to get a new Audi!!

BMW – Black Friday Bonus Cash” has started early. All models have great programs. The redesigned X6 is getting very popular.

Chevy – Blazer, Traverse, Tahoe and Suburban are the lowest they have been all year. Only downfall is inventory is getting tight due to the strike GM had. If you’re looking for one of these models between now and January 2nd act sooner than later.

Dodge – Durango’s & Rams are both offering great deals. The Chargers are the lowest they have been all year.

Ford – Most recalls have been cleared up on the 2020 Explorer and the deals are aggressive. The Escape’s and Expeditions are also very good. Remaining 2019 F-150’s are aggressive. If you want a 2020 F-150 I would suggest waiting another month or two until programs get better.

Honda – 2019 Civics & CRV’s are the lowest they have been all year. Accords and Pilots are also very aggressive.

Jeep – 2020 Jeep Grand Cherokee’s are now cheaper than the 2019’s were two months ago. Now is the time to grab one. 4-Door Wranglers are always good!!

Jaguar – Winter Sales Event bonus cash on most models along with a very aggressive stair step volume program. All of this makes for great deals!

Lexus – December to Remember is back! All models are offering great incentives especially the 2020 RX350! It seems the F-Sport trim levels are leasing out better than the base models for some models.

Lincoln – Inventory is getting high on the new Aviator and the deals are the lowest they have been since the car was released. The Navigators have also gotten better.

Mazda – The CX-5 and CX-9 were great last month and now they are even better.

Nissan – Leasing is over for 2019 Altima & Rogues. The 2020 models now have better incentives and they’re cheaper than the 2019 models were!

Subaru – Great value, Great leases & Great finance offers. Some models have limited inventory but that won’t stop you from getting the best deal.

Toyota – Great incentives on remaining 2019 Camry’s, Rav 4’s and Highlander’s. Tacoma’s and 4Runners are very aggressive as well. If you’re looking to lease a new Sienna you may want to consider something else as Toyota is currently not supporting this model for a lease.

Volvo – Incentives remain record-breaking for all models. The S60 sedan has great value. Definitely something to consider if you’re looking for an all-wheel-drive sedan in this size. Now is the time to grab a new Volvo!

VW – The Tiguan & Atlas are both offering aggressive deals right now. Some trim levels have gotten a little more expensive than last month but still a great value.