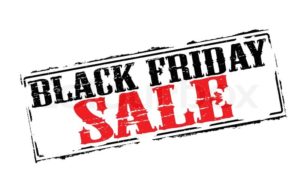 Acura – They are offering a 3 month early out program that’s been going on for over a year now. But if you read the fine print the 2019 RDX in not included in this. So if you’re looking to get into a new 2019 RDX and have payments remaining on your current Acura lease it’s probably best to wait. The 2019 MDX deals are really aggressive right now on a lease and a purchase with a low financing rate being offered.

Audi – The Season of Audi started in November offering many models an extra $750 – $1,500 in addition to other incentives. Which models stand out right now as a great deal? The Q5, Q7 and new A8. The 2019 Q7 is offering the best lease/purchase deals since they came out with the new body design in 2017. Also the new Q8 is an amazing vehicle but the leases are terrible.

BMW – As of right now there is no early return program for BMW waiving remaining lease payments although you may be receiving a lot of  junk mail/emails stating there is. I heard they might come out with an early return program in December. I’ll keep you posted on this. The new X5 is selling extremely well and the deals on the 3-series, 4 series and 5-series are good as well.

Cadillac – There is a pull ahead program if you’re within the last 5 months of your Cadillac lease and looking to get into a new Cadillac. ** Cadillac has a “Private Offer” coupon on the Escalade for customers coming out of an Escalade and getting into a new one. The coupons are $10,000 and combinable with other Cadillac incentives.

Chevy – The Chevy Traverse is a great family car although lease prices seem to be about $80-$100 more per month than they were at this time last year. Equinox, Tahoe and Suburban programs are all very good. I’ve never been in one but customers who have them say the Malibu and Impala are a lot of car for the money. The incentives being offered on these two models are pretty substantial. If your considering one of these sedans, now would probably be a good time. If you’re within 5 months of the expiration of a GM Financial lease your probably on the Manifest List to get out earlier and into another GM vehicle. Call GM to see if you qualify – 1-800-950-2438

Chrysler – The Pacifica has great lease deals and is recommended if you don’t want to spend the extra money for a Honda Odyssey.

Ford – The Explorer and F150 both have good lease programs. Most Ford customers qualify for the early bird program entitling to get out of your current Ford and into a new Ford 3 months early.

Honda – All 2018 Accord models EX-L trim level and higher get extra money called “Flex Cash” ranging from $300-$1,500 more making the Accord a great deal right now. The Civic deals are also good but the inventory is still not great. The Pilot deals are awesome and I highly recommend this SUV as I think it’s the best family car for the money.

Jeep – The Cherokee Limited and Wranglers both have great programs! The 2019 Jeep Grand Cherokee is a good program and still gives you a lot for your money but lease prices are about $30 more per month than they were last month for a 2018 model.

Lexus – Lexus is offering a 3-month pull forward program for any Lexus customer looking to get out of their Lexus early and into a new Lexus. All models have really good deals right but these models stand out a bit more as a go out now and lease this deal!  The redesigned 2019 ES350 and the 2019 GX460. The 2018 Lexus LS500 sedan has amazing lease deals right now if you’re considering a full size luxury sedan. Almost as cheap as a Honda Accord. Ok, maybe not that cheap but they aren’t too far off J

Land Rover/Range Rover – Most of these dealers are thieves. I highly recommend checking the prices with us before finalizing on a new deal.

Lincoln – The Navigation is a great SUV and is now offering competitive lease deals to compete with other SUVs in its class. They are also waiving the 1st month’s payment.

Mazda – The CX-5 and CX-9 both are offering great lease and purchase incentives!

Mercedes – GLE and GLS are all offering great lease programs! If you’re looking for a 2019 S450 or S560 now would be the time to jump on it before January 2nd when the residual plummet and the lease go up another $250 per month.

Nissan – All of the models have great incentives. Especially the Rogue, Altima and Maxima!

Subaru – Great value, Great leases & Great finance offers. The new Ascent is definitely a car to consider if you’re in the market for a 7or 8 passenger SUV.

Toyota – Toyota nailed it with the redesigned Camry. What a great car for the money. The Highlander XLE leases are very aggressive and recommended. The 2019 Sienna’s with all-wheel are hard to find and their lease programs are nothing to rave about.

Volvo – You don’t see too many of these S90’s on the road but they’re a great car with great deals right now.  The redesigned 2019 XC90 have good lease incentives on the R-Design and Inscription models.

VW – The redesigned Jetta is a great car and is offering good incentives right now.