Home » Blog » A Lot More Holiday Cash Out There Than You Know!

A Lot More Holiday Cash Out There Than You Know!

Acura – TLX, RDX & MDX – Great lease and purchase offers. *Still running a 3 month pull ahead program for anyone in an Acura lease looking to get into another Acura

Audi – A3, A4, A6, A8 Q3 & Q5 *Still running a 4month pull ahead program for anyone in an Audi lease looking to get into another Audi lease. (Now is the time to get the new A4 if you have been considering it). How many Audi owners are aware if you owned or leased an Audi with the Takata Airbag recall you’re entitled to $1,000’s more off a new Audi purchase or lease above any negotiated price???

BMW – X1, X3, X5, 3 series, 4 series & 7 series *Still running/advertising a 3 month pull ahead program but at the dealers’ discretion. Huge “Stair Step” program that started back in November. Seems all dealers are trying to push units! FYI now is the time to get an “M” model! Yesterday a huge incentive was announced on all remaining 2016 5-Series. They are the cheapest leases BMW has ever offered on this model but very low inventory. Act quickly so you don’t have to settle on a color that’s not your top choice.

Cadillac – Escalade, XTS, ATS & CTS – BIG Push on all Escalades! GM says “All must go”! Most GM lease customers within the last 4 months of their lease are probably on the “Manifest List” to get out 3-4 months early. Call 1-800-950-2438 to confirm you qualify.

Chevy – Equinox, Tahoe, & Suburban *same as above… check manifest list! All must go!!

Chrysler – The new Pacifica is something to consider if you’re in the market for a mini-van. Also the Chrysler 300 is a great value for what you’re getting.

Jaguar – The XE, XF and XJ are all practically being given away. If one of these Jaguars’s is what you’re interested in, now is the time! If you’re considering the new F-Pace, run away… programs are terrible and other SUV’s offer better value at a much better price.

Honda – Civic, Accord, Odyssey & CRV are all very aggressive. (You wouldn’t believe how cheap an Accord or Civic lease is going for this month! (Peter Nicita leased one last month and swore to never lease a car. That’s how good the Accord is right now:)

Infiniti – Q50 and QX60 are most aggressive! Both models offer advanced technology, safety and unbelievable value. The programs have come to an end on the QX80’s, if you’re considering this model I would hold off…

Jeep – 2017 models were released in July/August and are now at record breaking pricing! Anyone driving a current Jeep/Chrysler/Dodge gets an extra $1,000 off above all incentives. Wrangler’s still offer tremendous value although they are up $15 per month from last month.

Mercedes – Biggest give away manufacturer out there as long as you know what you’re doing!!! Don’t be foolish… even if you think you’re getting the deal of a lifetime buy the DIY Report – You’ll save!! I’ve surprised myself already this month on the GLS450, GLE43 AMG I’ve seen Coupe and E300!! Record low on the E300 since it came out with new body style! C-Class, GLE SUV and S-Class are also offering great deals. *Pull ahead program is between 3-5 months depending on which model you’re coming out of and trying to get into….

Toyota – The Highlander is probably the best bang for the buck when it comes to 7 passengers! Camry’s are always recommended and are usually about $30-$50 less per month than the competition!

Nissan – Rogue, Murano and Altima models have been extremely aggressive. A lot of car for the money and they do really well for “High mileage leases”.

Lexus – IS, ES, NX, RX and GX models are all very aggressive. *Lexus is currently offering a 3 month pull ahead program for any Lexus customer looking to get out of their Lexus early and into a new Lexus.

Range Rover – It’s the first time Range Rover is offering lease cash on a new body RR Sport or full size RR. Now is the time to grab a 2016 model.

VW – A lot of value and very, very cheap leases on the Jetta and Passat. Many extra dollars is you’re a current VW owner.

Subaru – Great value and many of the models are offering 0% up to 63 months. Both my parents drive them, no complaints and easy maintenance! 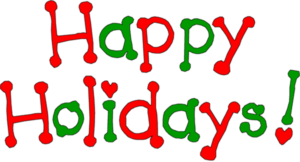